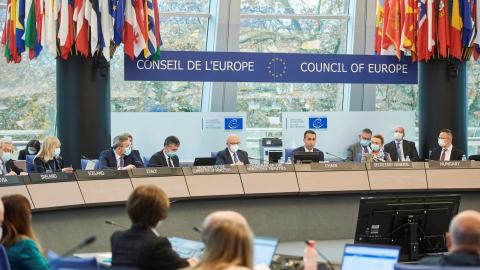 "GRECO concluded that the very low level of compliance with the recommendations was 'globally unsatisfactory'," the report said.

The latest report looks at the progress made by Turkey towards implementing a series of GRECO recommendations published in 2016 on preventing corruption in respect of members of parliament, judges and prosecutors.

Among other things, the compliance report underlines insufficient independence of the judiciary vis-à-vis the executive and a lack of progress towards preventing corruption by members of parliament.

GRECO recommended that determined measures be taken "to strengthen the independence of the High Council of Judges and Prosecutors (HCJP) in respect of potential threats to its independence from the executive authorities and political influence".

Following a failed coup attempt in 2016 and the country's turn from a parliamentary system to an executive presidential system in 2018, President Recep Tayyip Erdogan's government has made major changes to the judiciary which have brought it more under control.

"As stated previously, the underlying reasons for GRECO's recommendations remain the fundamental structural changes which have weakened judicial independence and also led the judiciary to appear even less independent from the executive and political powers than at the time of the adoption of the Evaluation Report," the GRECO report wrote.

GRECO called on the government to increase transparency, ethics and investigations against MPs regarding corruption cases.

"GRECO recommended that determined measures be taken in order to ensure that the procedures for lifting parliamentary immunity are...