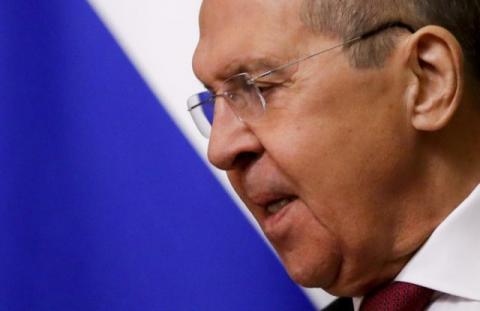 "What surprises me more than the lies told daily by the regime in Kyiv is the West engagement in this game of spreading untruths," Minister Lavrov said last night in an interview with Belarusian state television BTRC, part of which was published on the Russian Foreign Ministry's website, reports TASS.
The head of Russian diplomacy assessed that the unconstitutional coup in Ukraine was "spitting in the face of the European Union", which previously gave guarantees for Yanukovych's agreement with three opposition leaders through France, Germany and Poland.
"The next morning, they trampled on everything and said that the priority was to abolish the regional status of the Russian language, and then they sent armed bandits in the Crimea. That's how it all started", Lavrov said.