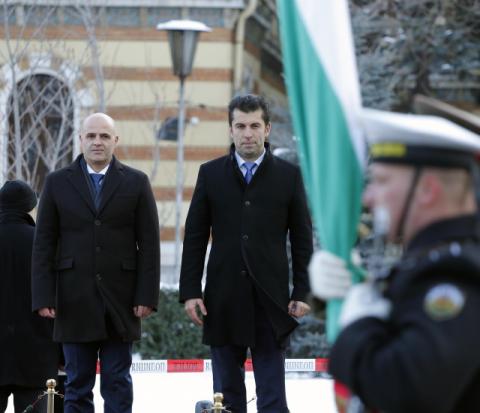 The French presidency's proposal to resolve the dispute shook the Macedonian government after three small parties threatened to leave if the cabinet approved a draft sent to the Bulgarian parliament to end the dispute between Skopje and Sofia.

The Left Democratic Union, the green DOM (Democratic Renewal for Macedonia) and the Liberal Democratic Party announced one after the other for several hours that they would step down because of the "unacceptable" document.

The reason is that while in Bulgaria President Rumen Radev considers insufficient the guarantees in the documents on the "French" proposal (and especially the bilateral protocol), in North Macedonia the opposition and these allies of the government see too great concessions from Skopje.

"The whole history needs to be changed"

Even the mere mention, in the draft of a negotiating framework, of the Macedonian language and giving Bulgaria the right to unilaterally express its position that the language does not exist was perceived as a "red line". This unleashed the tensions that existed at the beginning of the veto crisis and those in the public space around the Prespa Treaty with Greece over the constantly repeated notion that "language and identity are not negotiated".

The three parties are small but would be enough to level the playing field in parliament: 60 to 60 deputies. Currently, the majority of Prime Minister Dimitar Kovachevski is 64 people.

And there, as in Bulgaria, suggestions about the content of the documents appeared in the public space: for example, that North Macedonia must completely revise its history, including because of the reference in the protocol to Art. 8 of the Good Neighborly Agreement...