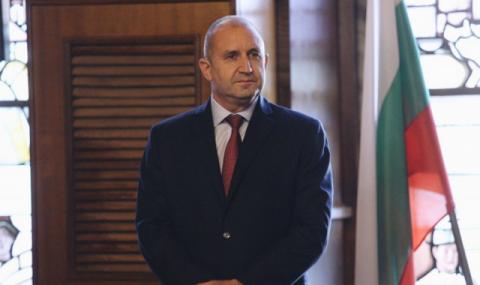 "30% of Bulgarians already live abroad", announced President Rumen Radev. Yesterday he joined the National Conference on the Bulgarian Language "Sacred Language" at Plovdiv University "Paisii Hilendarski". According to the head of state, our country needs a National Cultural Institute to unite Bulgarian communities abroad through the Bulgarian language and culture.

The head of state stressed the huge role of the forum, which focuses on the important issues facing the establishment and development of the Bulgarian language in Bulgaria and abroad. According to him, this is happening in a difficult and challenging moment, when Bulgaria is torn by domestic political contradictions and resolves important issues in the field of international diplomacy, affecting the future of the country, our neighboring countries and our place in the EU.

"In this difficult and challenging moment, you are returning the debate to where it belongs - to stand up for Bulgaria as a state, for our cohesion, unity and future as a nation, and this is undoubtedly our language," Rumen Radev said.

According to Vice President Iliana Yotova, on whose initiative the conference is being held, our country is already losing territories of Bulgarian studies around the world.

A declaration was adopted at the conference, which prioritizes the establishment of the Bulgarian National Cultural Institute, which will be a guarantor for the promotion of Bulgarian studies,...