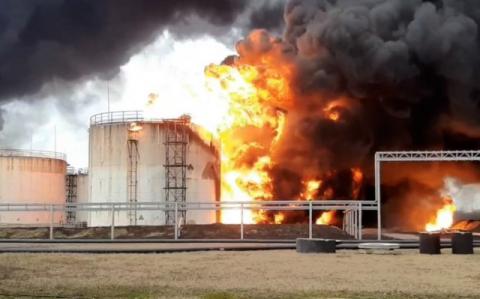 Fighting between the Ukrainian army and Russian forces continues in the east of the country.
Reports of civilian shelling victims in Kharkov and Mykolaiv were registered yesterday.
The International Energy Agency warns that Moscow could completely cut off gas supplies to Europe.
Putin says that the introduction of the international reserve currency of BRICS (Brazil, Russia, India, China and South Africa) is being considered.
EU leaders are expected to decide whether to grant Ukraine candidate status.

The pressure has been exerted

Russian forces, advancing towards the southern approaches to Donbas and the city of Lysychansk, are putting increasing pressure on Ukrainian troops in the region, including neighboring Severodonetsk, the British Ministry of Defense announced today.
"Since June 19, Russian forces have most likely advanced more than five kilometers towards the southern approaches to Donbas, the city of Lysychansk," the British ministry said in a daily report on Twitter, Reuters reports. Some Ukrainian units withdrew, presumably to avoid siege. Russia's improved performance in this sector is probably the result of the recent reinforcement of units and more intensive fire operations, British military intelligence said.
Russia is trying to take Lugansk and Donetsk, which are the Ukrainian industrial heart of Donbass, but its efforts to encircle and occupy the western Donetsk region have so far been unsuccessful, according to the British Ministry.

Zelensky: I believe that all EU members will support Ukraine's candidacy Putin: Cooperation with BRICS partners in the focus of Russia

Russia's policy is effective in environments where the West neglects the basic principles of market...