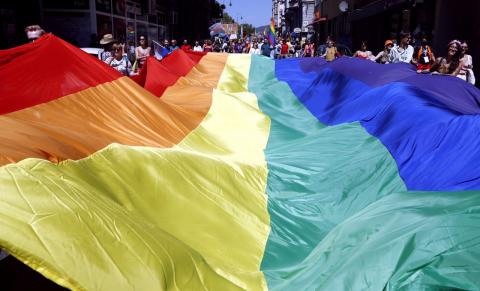 Bosnia's capital Sarajevo is gearing up for its fourth Pride March this Saturday, which will be held during the Pride Month for the first time and culminate a month of activities dedicated to bringing families and their queer members closer.

"Family gatherings are something that belongs to all of us, but some of us don't have a chance to be who we truly are," said Lejla Huremovic, member of the organisational committee of Bosnia's Pride March, speaking of this year's slogan, "Family Gathering".

"We want to draw attention to the problem of non-acceptance, misunderstanding and domestic violence, and return to practice values ​​such as love, support, understanding and acceptance of all family members as they are," Huremovic told BIRN.

Given a lack of safe spaces for the LGBT+ community in Bosnia where members really can be who they are, the organisers have laid on a range of events, such as poetry nights, concerts, workshops, panel discussions and movie nights in Sarajevo, Tuzla and Banja Luka.

"This year, we have expanded the program for a clear reason, and that is that LGBTIQ people still do not have safe spaces where they can go to concerts, parties and socialising, and we want to create just such spaces," she added.

In September 2019, Sarajevo was the last European capital city to hold its first-ever Pride March. It was one of the few first ones that wasn't followed by violence, and the whole event was a success, with more than 3.000 marchers.

Pride Marches started as protests against discrimination and homophobic violence, and while they have evolved into a celebration of diversity and freedom in many countries, in Bosnia it is still considered a fight for equality.

"LGBT people [in Bosnia] are not legally equal...