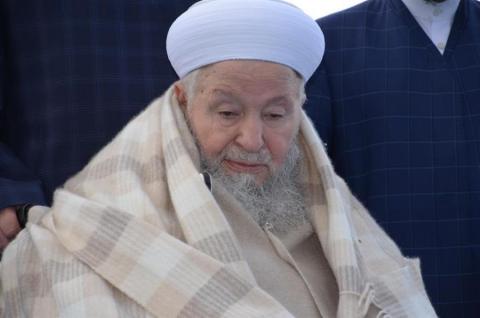 Mahmut Ustaosmanoğlu, a Turkish Sufi sheikh and the leader of the influential İsmailağa Jamia of the Naqshbandi-Khalidiyya Tariqah, died on June 23 at the age of 93.

According to a statement by the tariqah, his funeral service will be held on June 24, in Istanbul's Fatih district where the movement is centered.

According to reports in the media, Ustaosmanoğlu was getting treatment for an infection for the last two weeks before his death.

With the spread of the news, followers of the İsmailağa Jamia flocked to Ustaosmanoğlu's house in the Beykoz district.

President Recep Tayyip Erdoğan called Ustaosmanoğlu "a man who devoted his life to Islam" in a message of condolence posted on Twitter on June 23.

"I have gotten the news of death with deep sorrow," Presidential Communications Director Fahrettin Altun said.