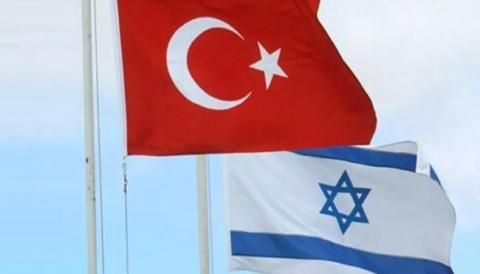 Türkiye and Israel have decided to start works for upgrading the level of mutual diplomatic representation by appointing ambassadors in a most concrete step of the joint efforts to normalize the bilateral ties.

"We have started works for upgrading the diplomatic representation to the level of ambassadors," Foreign Minister Mevlüt Çavuşoğlu said at a joint press conference with Israeli Foreign Minister Yair Lapid in Ankara on June 23.

Lapid, who will soon be the prime minister of Israel, paid a one-day trip to Türkiye amid internal political difficulties in his country. "The fact that Mr. Lapid came to Türkiye at such a period shows the importance he attaches to ties with Türkiye," Çavuşoğlu said.

Lapid, for his part, confirmed the plans to exchange ambassadors while praising Turkish security and intelligence for thwarting a plot against the Israeli citizens in Istanbul last week. "There is no doubt that Iran is behind this plot," he said, thanking Türkiye for excellent cooperation to this end.

Lapid also informed that direct flights by the Israeli airlines will resume to Istanbul and Antalya as Türkiye is the top touristic destination for the Israelis. "Israeli tourists will be able to enjoy the beautiful shores of Antalya and Istanbul without fear," he stated.