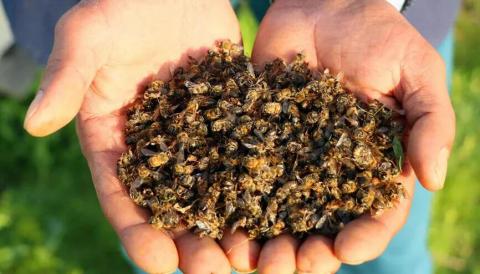 After mass bee deaths in Canada and Australia at an unprecedented rate, eyes have now turned to Türkiye, one of the leading countries in the beekeeping industry.

Türkiye ranks second in the number of hives and sixth in honey production worldwide. But today, it is facing serious losses due to the unconscious use of agricultural pesticides and non-practical beekeeping training.

Canada has been facing unprecedented mass bee deaths since last month to the point where it has announced that it will allow the import of queen bees from the United States, Chile, New Zealand, Denmark, Ukraine, Italy, and Malta for the establishment of new bee colonies.

It has been stated that some beekeepers lost up to 98 percent of their bees, putting the bee industry in danger of losing over $1 billion.

A parasite called "varroa" is believed to be the reason behind honeybee deaths in Canada this year.

However, Canada is not the only country that is struggling with beekeeping. Recently, it was stated that the Australian beekeeping industry was adversely affected by floods and forest fires more than ever.

Türkiye has received attention with its mass bee deaths as well.

"There have been serious losses in the south this year, and there are beekeepers who have even lost all their bees. The biggest reason is the effect of pesticides and viruses which have never been identified," said Dr. Meral Kekeçoğlu, the associate director of Düzce University Beekeeping Research and Application Center.

"We must care deeply about the mass bee deaths, the future of food and agriculture lies on the wings of bees," she added.

The Agriculture and Forestry Ministry's General Directorate of Food and Control has sent a letter to the breeders regarding...