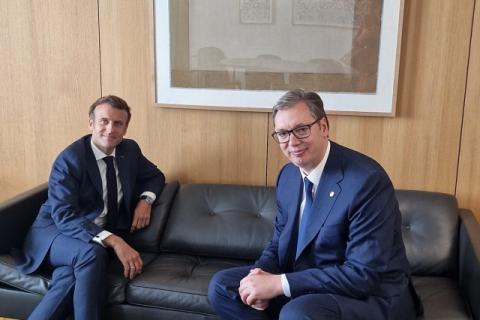 The meeting of EU-WB leaders lasted more than three hours, and the main topic of discussion was ways to strengthen the region's integration into the EU.
Except for Vui, all leaders of the Western Balkan 6 attended the meeting.
President of Serbia also announced himself on his Instagram account before the start of the summit. He published a photo with the President of France and announced that a friendly meeting had taken place.

The announced address by EU leaders Charles Michel and Ursula von der Leyen and French President Emmanuel Macron has been postponed due to the length of the meeting. A press conference by President Aleksandar Vui, Prime Ministers of Albania and North Macedonia, Edi Rama and Dimitar Kovaevski will follow soon.