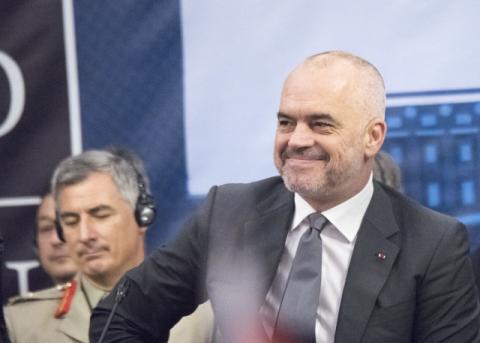 "Bulgaria has always been among those countries of the European Union that support the European affiliation of the Albanian people". This was stated by the Ministry of Foreign Affairs in a position on the occasion of yesterday's speech by the Albanian Prime Minister Edi Rama.

"We have defended Albania's European perspective and the start of EU membership talks even when it was much more difficult than today. Over the years, there have not been many other voices with us in this cause. We stand for it today, in spite of everything, in the name of a common European future. In response, it is not the first time we have heard unprovoked harsh, insulting qualifications from a head of a government. Insults in such a low language register can no longer be justified by the nature and lack of European communication skills. We expect the Albanian Prime Minister to adjust his means of expression to a language that is appropriate for a politician from a candidate country for EU membership," the Foreign Ministry said.

"At this level, more than any other, we insist on respecting the good tone of communication. At this level, we have always shown all the respect that requires a responsible position and the level of interstate relations. We have a common future with Albania. Politicians are leaving. People are staying. Our peoples have a common interest, which should not be harmed by a politician's misjudgment. It is unacceptable for relations between the states to become hostage to the eccentricity of the current Albanian prime minister." Concluded the Ministry of Foreign Affairs.

Here are some of the statements made by Edi Rama in relation to Bulgaria yesterday:

"You are a complete mess. Shame! Today is...