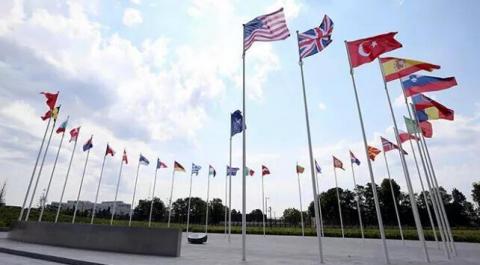 The leaders of the NATO countries will broadly discuss the terrorism challenges stemming from the southern borders of the alliance, the Turkish foreign minister has said, thanking NATO Secretary-General Jens Stoltenberg and the host country, Spain, for making this special session possible.

In an address to the Justice and Development Party's (AKP) provincial meeting in the Central Anatolian town of Malatya on June 24, Foreign Minister Mevlüt Çavuşoğlu informed that the NATO leaders will come together at a special session to discuss the ongoing anti-terror fight and new terrorism challenges against the alliance during the Madrid Summit on June 29 and 30.

"I thank the NATO secretary-general and Spain, as the host country, for this. Because this is important for Spain as well," Çavuşoğlu said.

The special session will address the growing terrorist problems stemming from the southern borders of the alliance, the minister said, referring to increasing attacks against Türkiye by the YPG, the PKK's Syrian offshoot.

The summit will be focused on the adoption of the Strategic Concept 2030, a document that will outline the threats posed by Russia in the aftermath of its invasion of Ukraine. The alliance will review its level of preparedness and measures to deter Russia from attacking the alliance.

The leaders of the 30 allied nations will also discuss Sweden and Finland's bid to join the alliance. Türkiye still has demands from these two countries in regards to the fight against terrorism, namely the YPG and PKK, which are active in both Sweden and Finland.