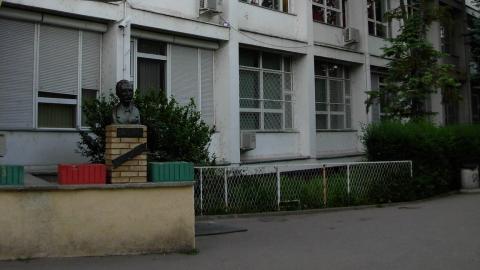 Serbian Education Ministry said on Thursday evening that it will carry out a review at the at the Vasa Stajic School in the northern city of Novi Sad and that "the provincial inspection will take action" to find out who was responsible after children aged 10 and 11 and a teacher were filmed dancing to an anti-Bosniak song.

Education Minister Branko Ruzic decsribed the incident as "an isolated case", saying in a statement that "it does not reflect the situation and atmosphere in schools in Serbia at all, and I express the expectation that such situations will not happen again".

News website Nova.rs on Tuesday and Wednesday published two videos from an end-of-year celebration at the school, where children and an adult female could be seen dancing to a folk song called 'Ne Volim Te, Alija' ('I Don't Like You, Alija').

The song, recorded during the 1992-95 Bosnian war, refers to Alija Izetbegovic, the wartime leader of the Bosniaks.

In the refrain, which can be heard on the videos, the song says: "I don't like you Alija, because you're a balija." 'Balija' is a derogatory term for Bosniaks.

The lyrics also accuse Izetbegovic of having "destroyed a peaceful dream". It adds: "May the River Drina [on the Serbian border] take hundreds of your mujahideen [Muslim fighters] every day."

The song, written by Mirko Pajcin, who is known as Baja Mali Knindza, include the names of various places where there was violence during the Bosnian war, many of which were the locations of large-scale war crimes.

The school's director Zorica Djuric told Nova.rs that "the songs [at the celebration] were chosen and played by the students themselves and most of them were completely appropriate for their age".

"Unfortunately, this song was...