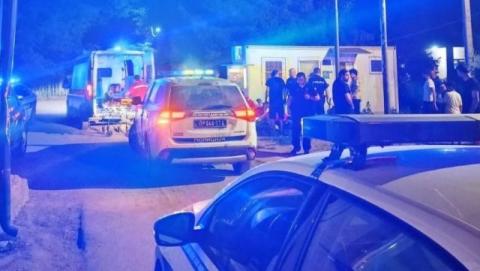 Shooting from firearms was reported on Thursday from a migrant and refugee camp near Sombor in northwest Serbia, related to a conflict between migrant gangs. One person was wounded, Serbian police told N1 TV.

BIRN can reveal that another incident also happened during the night between Wednesday and Thursday.

🔴A person was reported wounded in a conflict between smuggling gangs. Shots were fired near a #migrant camp in northwest #Serbia, known as a smuggling hub. pic.twitter.com/H0eDLuEE5v

The incidents occurred shortly after BIRN published an investigation on a smuggling gang which dominates Sombor and northwest Serbia's border with EU, and takes down rivals with the help of police officers on its payroll.

The group is allegedly led by Alen Basil, a Serbian citizen of Syrian origin, and his first associate named Abu Omar, known for leading the group on the field.

Sources told BIRN that two men were seen near the camp before the shooting incident with a pistol and a Kalashnikov rifle.

BIRN has seen correspondence in which one smuggler explained the incidents as "a war".

"They were shooting with the Kalashnikov and a pistol at the camp in Sombor. They are making problems," said one of them.

BIRN's investigation is based on audio recordings, made secretly by a source with access to former associates of Alen Basil, who passed them to BIRN, as well as photos and videos.

It reveals the extent to which his group has taken control of a large stretch of the smuggling region in northwestern Serbia.

The material provides evidence of violence meted out by Alen Basil's group and of his collaboration with police officers, chief...