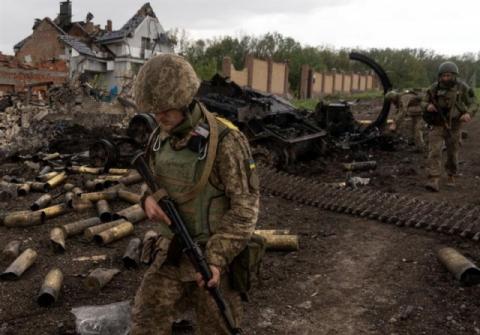 Ukrainian forces have begun withdrawing from Sievierodonetsk, the last major bastion of Ukrainian resistance in the Luhansk region. This happened four months after the beginning of the Russian invasion.

Ukrainian forces have been ordered to withdraw from the eastern city of Sievierodonetsk, as there is no point in defending fragmented positions because it leads to new casualties every day, Luhansk Oblast Governor Serhiy Haidai said.

The entire infrastructure of Sievierodonetsk has been destroyed, 90% of the homes have been damaged in the shelling, 80% of them have been irreparably destroyed. Hundreds of civilians are believed to remain in the city, many of whom have taken refuge in the "Azot" chemical plant.

With the fall of Sievierodonetsk, the entire Luhansk region remains under Russian control, with the exception of the city of Lysychansk, which local authorities say will be very difficult for the Russians to take because it has serious defensive positions.

More weapons received by the Ukrainians

Ukrainian Defense Minister Oleksii Reznikov announced that in the last month and a half the country has received about 200 units of 155-millimeter guns according to NATO standards.

According to Reznikov, these weapons are more accurate and effective, and their presence changes the "picture of hostilities."

Ukraine gets the green light for the EU

The President of Ukraine Volodymyr Zelensky welcomed the decision of his country and Moldova to receive the status of candidates for EU membership.