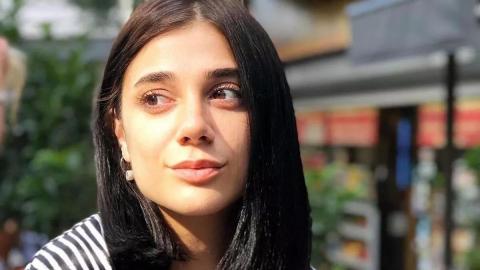 The elements of deliberately killing with monstrous feelings or causing torment did not exist in the murder of 27-year-old Pınar Gültekin, a local court has stated while announcing the reason behind the reduction of the jail term of the murderer Cemal Metin Avcı in the country's high-profile femicide case.

Gültekin went missing in the southwestern province of Muğla on July 16, 2020.

Five days later, Avcı confessed that he had strangled Gültekin to death before burning her body and dumping it in a forest, after mounting evidence against him.

The report from the Forensic Medicine Institute had revealed that Gültekin was burned alive.

Avcı was sentenced to aggravated life imprisonment. However, his sentence was then reduced to 23 years based on "unjust provocation" on June 20, stirring a public debate.

According to the report of the third High Criminal Court in Muğla issued on June 25, which stated that the prior acquaintance and disagreements between the parties were considered, there was no evidence that the accused acted with the intention of "killing just for the sake of killing," or "enjoying the pain of the deceased," or "sacrificing the deceased."

"The purpose of the accused in carrying out the act of burning is not to torment," the court said, adding that the aim of disposing of the body was to avoid the capture and destroy the criminal evidence.

The court said, the report from the Forensic Medicine Institute stating that Gültekin was burned alive and the additional reports issued afterward were not sufficient.

"While the court considered and...