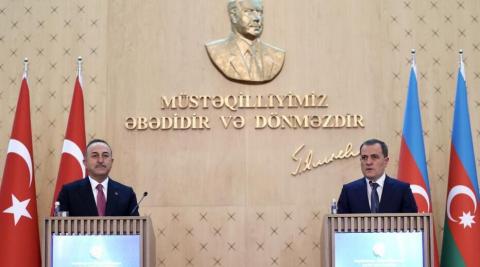 Foreign and transportation ministers from Türkiye, Azerbaijan and Kazakhstan will come together at a three-way meeting in Baku on June 27 in a bid to strengthen regional connectivity.

"The mechanism of Trilateral Meeting of the Ministers of Foreign Affairs and Ministers in Charge of Transport aims to reinforce the already existing coordination between the three countries, and strengthen regional connectivity based on mutual interests," the statement read.

"In this context, the ministers will discuss enhancing trilateral and regional cooperation, and increasing the potential of the Trans-Caspian East-West-Middle Corridor during the trilateral meeting."