Bulgaria: 50.5% of People Disapprove of the Overthrow of Petkov’s Cabinet 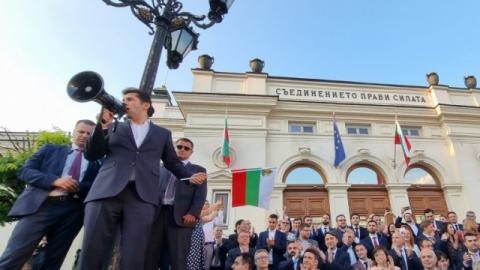 "The Bulgarian society is divided in its views on what is happening in the country. Among the instinctive momentary reactions to the way the government was overthrown, sympathy for Petkov's government prevailed, and this led to a situational mobilization of his supporters (which can also be seen in the approval of Nikola Minchev). Preferences are naturally more for forming a government in this parliament, although opinions are divided here. In the potential for forming a new government in this term, 'We Continue the Change' prevails over GERB. The blame for the fall of the cabinet is seen mainly in the mistakes of the government itself and some of the explanations related to various behind-the-scenes plans have not become widespread. The French proposal on the issue of North Macedonia has not convinced the public that Bulgaria's interests have been respected."

These are some of the conclusions of an express telephone survey among a representative sample of 800 people, conducted by Gallup between June 23 and 25.

35.3% see in today's situation a chance to elect a more stable government in the fall, but 59.2% believe that the situation is a problem for our country. The others hesitate. That is why the hopes of forming a government within this parliamentary term prevail - 57.9%, against 40.6% who want elections.

The expectations that the WCC will once again form a government (40...