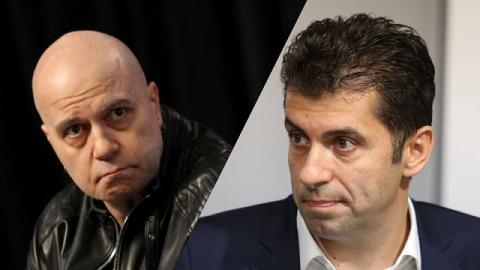 Leader of "There Is Such a People" Slavi Trifonov will sue the resigned Prime Minister Kiril Petkov. This is clear from a statement of the Sofia City Court.

The leader of TISP threatened on June 13 that he would sue the Prime Minister, Asen Vassilev, and Radostin Vassilev, who left him, because he had heard several times that they called him "the mafia".

"I will now file lawsuits against Kiril Petkov, Asen Vassilev and Radostin Vassilev for their lies and suggestions. And, of course, I will win them," the TISP leader wrote at the time, after parting ways with the ruling coalition and several deputies from his party went to support the government.

Earlier in the day, at a joint press conference of Kiril Petkov and Asen Vassilev, it was said:

"Bulgaria has a chance! The mafia has just lost its coalition partner."

In his evening post on Facebook (his usual way of communicating) Trifonov announced then that "...in Bulgaria, everyone can say everything about everyone, but they must be responsible for their words."

The case of Trifonov - who likes to point out his successful cases against the so-called "brown media", is civil, under the Law on Obligations and Contracts - for damages. And it will start and run in the Sofia City Court, not in the district court, due to the large size of the claim.

In this type of case, the parties usually do not come in person - they are not obliged.

Here is what the message says:

"On June 24, 2022, the Sofia City Court received a claim from Slavi Trifonov against Kiril Petkov for non-pecuniary damages, as a result of a statement made on June 13, 2022 during a press conference. The...