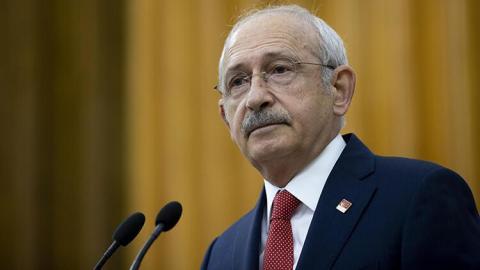 Main opposition Republican People's Party leader Kemal Kılıçdaroğlu has vowed that if his party comes to power in the upcoming elections, they will reopen the case of Jamal Khashoggi, a dissident Saudi journalist who was killed on the premises of the Saudi Arabia's General Consulate in Istanbul, which was transferred to Saudi legal institutions.

"This is not a closed case. We have not closed it. We have to protect everybody's rights and justice," Kılıçdaroğlu said in a statement on June 26.

A court in Istanbul ruled on April 7 to suspend the trial in absentia of 26 Saudis accused in the gruesome killing of Khashoggi and for the case to be transferred to Saudi Arabia. The Turkish government transferred the Khashoggi case to a Saudi court in the past months. The court in Saudi Arabia has recently ruled to close the case.

Kılıçdaroğlu criticized the government for transferring the case and hosting Crown Prince Mohammed bin Salman in the Turkish capital.

Kılıçdaroğlu also vowed to reopen the Mavi Marmara case, an incident in which 10 Turkish nationals were killed by the Israeli commandos on the board of a civilian vessel in the international waters. The Mavi Marmara was trying to reach Gaza in a bid to protest the Israeli siege.

"You know we have martyrs and an agreement over martyrs was sought [with Israel]. It's not possible to accept it. This is not a closed case either," he stated.