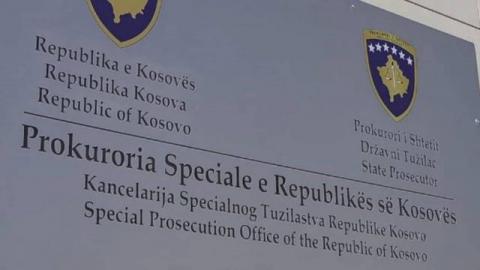 "The case concerns an offensive by Serbian military, paramilitary, and police forces on May 7, 1999 in the Peja region, where it is suspected that nine ethnic Albanian civilians died and five other persons, also Albanian civilians, disappeared," the prosecution said in a statement.

The suspect is being held in detention waiting to appear before a pre-trial judge.

The prosecution described him as an ethnic Montenegrin who is a citizen of Kosovo, from the village of Vitomirice in the Peja/Pec municipality.

Serbian media outlets have named the man who was arrested as Milorad Djokovic, and have described him as a Serb.

The Serbian government's office for Kosovo condemned the arrest, claiming that it was an example of the intimidation of Serbs in Kosovo.

It alleged that war crimes indictments are being used to obstruct Serbs who were displaced from Kosovo from returning and said that it would inform senior European Union officials about the "endangerment of the personal and collective rights of Serbs" in Kosovo.

Kosovo-based Serbian-language media outlet Radio Gorazdevac reported that the suspect is the only post-war returnee in the village of Vitomirica.

Radio Gorazdevac said that over the past ten years he has been involved in court proceedings in an attempt to get back a house and a plot of land that was seized from him by the authorities.

Kosovo's Supreme Court ruled in his favour but the decision has not yet been implemented by the Peja/Pec municipality.