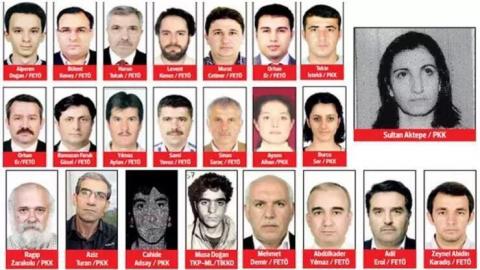 Türkiye has prepared a file of 45 terrorists who the country has asked Finland and Sweden to extradite for years, but no step was taken in return.

Türkiye accuses Sweden of sheltering some 33 terrorists in the country. Most of them are PKK members, while the rest are the followers of FETÖ, DHKP-C and TİKKO.

According to sources, Sweden, which has refused many extradition demands of Türkiye until now, has lately put 11 files on hold.

"Türkiye asked nine FETÖ and two PKK members' extradition, but Sweden has not given any response," sources said.

Türkiye has also detected that despite extradition request, Sweden has granted citizenship to seven terrorists sought by red notice.