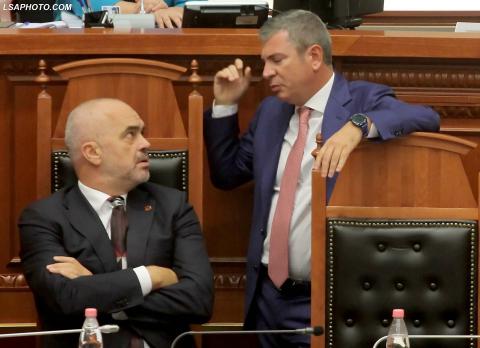 The opposition claims that the scheme would allow criminal to launder proceeds of illegal activities, in a country where money-laundering and organised crime are a serious concern.

"The law will only help human traffickers and drug dealers," said Ervin Salianji, an opposition MP.

A similar scheme that was proposed last year was retracted following intense pressure from the European Commission and the International Monetary Fund, which said it could aid money-laundering.

The new draft law proposes that Albania citizens living in Albania or abroad and foreigners with tax residency in Albania can declare up to two million euros in cash or property if they pay a tax of seven to ten per cent and keep the money within Albania for no less than five years.

Those who purchase bonds or treasury bills will be required to pay a tax of just five per cent.

The process will be overseen by a commission at the General Tax Directorate. No questions will be asked about the source of the money and the commission will provide full privacy for the beneficiaries.

Any possible criminal or administrative offences, such as tax evasion or fraud, that might have been committed in obtaining the assets will be pardoned.

The government had attempted to portray the potential beneficiaries as people who emigrated to other countries illegally, but worked hard and put aside savings that have not been declared to the banks and cannot be repatriated.

Damian Gjiknuri, the Socialist Party secretary-general, told a meeting of Albania emigrants in Britain that the law aims to help "boys in London who have taken risks". Critics claimed this was a...