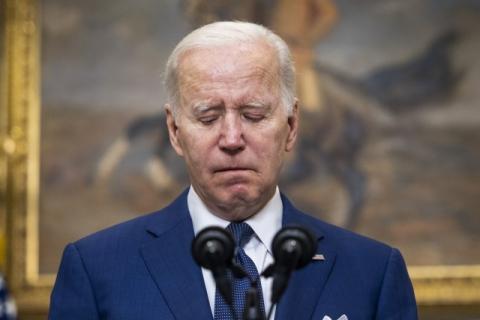 Biden was supposed to speak today at the final session of the G7 leaders' meeting in the German castle of Elmau, in the Bavarian Alps, before he flew to Munich by helicopter, and from there it was planned to take a presidential plane to Madrid for the NATO Summit.
The White House announced that in conditions of fog, low clouds and chances of thunder near the summit site, Biden will have to cross part of the way in a convoy of motor vehicles to Munich.
Ahead of his earlier departure, Biden met with British Prime Minister Boris Johnson, French President Emmanuel Macron, Italian Prime Minister Mario Draghi and the summit's host, Chancellor Olaf Scholz.
Upon arrival in Madrid, the U.S. President should meet separately with the Spanish Prime Minister Pedro Sanchez and King Felipe VI and participate in the opening dinner of the NATO summit, according to the AP.
The leaders of the Group of Seven (G7) of the most developed countries in the world said at the summit in Elmau that they would continue to provide financial, humanitarian, military and diplomatic support to Ukraine and that they would be with that country for as long as necessary.