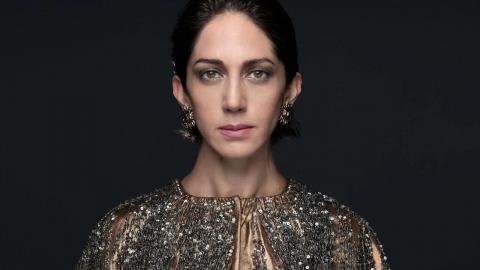 Iran's next revolution will be brought on by women taking back the freedoms denied to them in the Islamic republic, said Zar Amir Ebrahimi, the winner of this year's Best Actress award at Cannes.

Amir Ebrahimi took the prize for her role in "Holy Spider" as a journalist in Iran who investigates a serial killer murdering prostitutes, and who has to contend with a deeply misogynistic society placing many obstacles in her way.

But in contrast to the movie's hopelessly grim take on attitudes towards women in Iran, which became an Islamic republic after the 1979 revolution that overthrew the Shah, Amir Ebrahimi said she was now detecting signs that women were finally fighting back.

"If there ever is another revolution in Iran, it will be a revolution by women," she said in an interview with AFP.

"Women are fighting to keep the few rights they have in this society. They are rolling up their sleeves and they dress differently. They go out and sing and form clandestine dance groups. There has been so much pressure on us, we're ready to explode. That's why I have hope. Change has to happen," she said.

Young women were even daring to defy the decades-old law that makes loose clothing and a headscarf compulsory for women in public, she said.

"We never dared take off the headscarf in the street," said the 41-year-old actress, "but the young generation, they do."

Directed by Danish-Iranian Ali Abbasi, "Holy Spider" is inspired by the true story of a working-class man who killed prostitutes in the early 2000s and became known as the "Spider Killer."

Abbasi was denied permission to film in Iran and it was ultimately shot in Jordan.

Amir Ebrahimi said she herself has first-hand experience of unequal treatment of women...