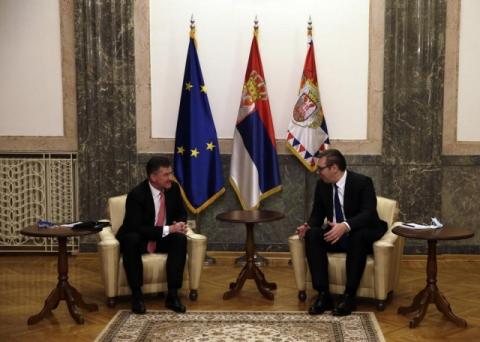 During the visit from June 29 to July 1, Lajk will meet with Serbian President Aleksandar Vucic, Serbian Parliament Speaker Ivica Dacic, as well as parliamentary opposition leaders and representatives of the international community in Serbia, the statement said.
Lajk is in Kosovo and Metohija today, where he arrived yesterday.
According to the EU Office in Pristina, Lajk plans to visit Prizren and northern Kosovo during his stay in the province.
Yesterday, Lajk met with the Prime Minister of the Interim Institutions of Pristina, Albin Kurti, with whom he discussed the dialogue in Brussels and the roadmap for the implementation of the energy agreement from 2013 and 2015, Pristina media report.