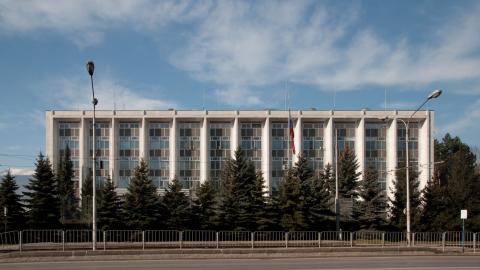 The embassy claimed in a post on Facebook that it was launching the fundraiser in response to popular demand from Bulgarians.

"Taking into account the numerous inquiries from citizens to the Ministry of Defence of the Russian Federation to support the military participating in the special operation for the protection of the Donetsk and Luhansk People's Republics, there has been a charity foundation established - PROTECTion," it said.

It added that donations can be accepted through three Russian banks - Promsvyazbank, Sberbank and VTB Bank.

The launch of the fundraising campaign has so far not attracted any reactions from parliamentarians or the outgoing government.

But it was quickly condemned on social media by people who oppose Moscow's rhetoric.

"So the Russian embassy in Bulgaria is starting a campaign for its so-called special operation. There's no mistake here. A country which is allowing a campaign to support terrorism should be only be referred to using a lower-case first letter," writer Radoslav Bimbalov wrote in a post that was widely shared.

Some Facebook users said they have alerted the social media company about the embassy's campaign.

Russia's embassy in Sofia is headed by Eleonora Mitrofanova, who has held the post since January 2021. She was previously first deputy minister at Russia's Ministry of Foreign Affairs.

Mitrofanova has been accused of meddling in local politics and has crossed swords several times with outgoing Prime Minister Kiril Petkov, who condemned the Russian invasion of Ukraine from the outset.

After Petkov criticised Mitrofanova's comments to a Russian TV station that the Bulgarian nation is...