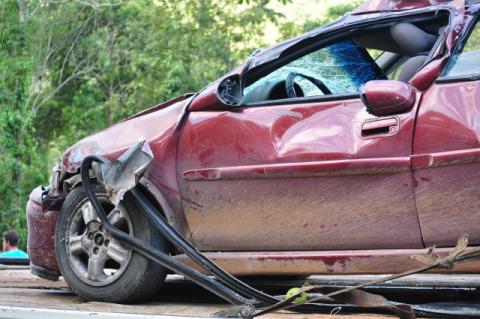 The summer months are the time when traffic on the roads is busier. More people are on the road and cities are filled with tourists. Unfortunately, this is also the time when most accidents occur. For the third consecutive year on June 29 we mark the National Road Safety Day in Bulgaria. The aim is to draw public attention to road safety issues, which are not insignificant. On this day, a number of initiatives are organized in the country, which pass under the motto "On the road, life takes precedence."

According to Diana Rusinova, chairwoman of the European Center for Transport Policies, marking such a day does nothing to reduce the number of accidents.

"Almost nothing has been done about road safety in the last five years. State institutions and politicians do not listen to the opinion of experts," Rusinova explained, adding that experience should be gained from good practices and rules from the European Union.

"In Bulgaria, we have a good regulatory framework regarding road traffic. However, the scary thing is that no one is ready to follow the rules," Rusinova said, pointing out the lack of sufficient control on the roads.

"Why do drivers break the rules in our country, and in Greece, for example, they follow them? They just can't break them there, but here they can, because there is no one to control them and make them obey the law," added Diana Rusinova.

The victims of the road in Bulgaria in 2021 are 98 more than in the previous 2020, said on Radio Varna Dian Draganov, chairman of the Varna branch of the Union of Bulgarian Motorists. He cites data from the Interior Ministry, which show that the number of children who have been victims of an accident has doubled. There is also an increase...