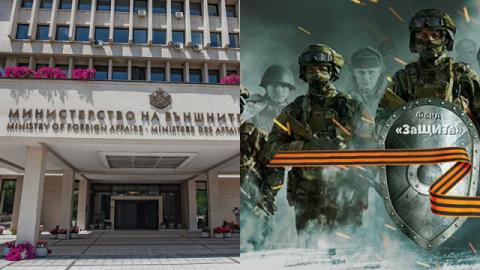 "Calls for support for Russian troops are absolutely unacceptable". This is the position of the Bulgarian Ministry of Foreign Affairs in connection with a post on social networks of the Russian Embassy, ​​which calls for donations for Russian soldiers.

"Bulgaria recalls its position that we strongly condemn the Russian aggression against Ukraine, which is a gross violation of international law," the Foreign Ministry said.

"Calls to citizens of a European Union member state to support servicemen involved in this illegal Russian aggression, as well as to violate European sanctions imposed on the Russian Federation, are absolutely inadmissible," the ministry added.

The Ministry also points out that bank transfers to the accounts indicated by the Russian Embassy cannot be made, as they are subject to restrictive measures of the European Union.

We remind you that on the website of the Russian mission in our country there was a call for donations for Russian soldiers and their families affected by the war.