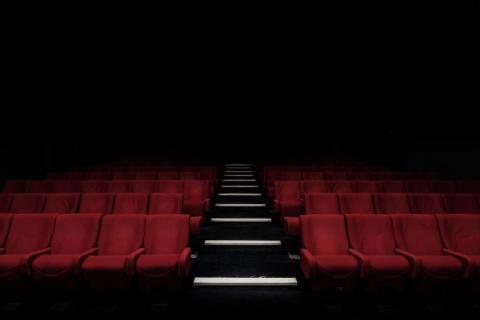 Hrastnik – Hrastnik, a working-class town in central Slovenia, is hosting what is the only Slovenian labour film festival later this week with 16 screenings and a diverse accompanying programme featuring local and foreign filmmakers and advocates for worker rights.

Held from Thursday to Saturday for the second year, the Kamerat festival revives former workspaces with cultural events. One of the main venues is the old compressor station at the Trbovlje-Hrastnik mine with other locations including a defunct mineshaft, and a former miners’ workshop.

This year the spotlight will be on the Czech Republic, a country with a long-standing industrial heritage. The programme includes three films by Czech filmmakers and is supported by the Czech Embassy in Slovenia, Simon Tanšek, the programme director, has told a pre-festival news conference.

The accompanying programme will also feature an exhibition highlighting the work of renowned Slovenian architect Jože Plečnik in Prague.

A new addition this year is four films by young filmmakers from the Ljubljana Academy of Film, Theatre and Television. Tanšek says the idea is to support the young generation in starting their filmmaking journey.

The festival will also feature talks with filmmakers and working class rights advocates. The spotlight will be on directors Srđan Kovačević, Nika Autor and Martin Turk, joined by 12 other guests for three roundtable discussions, one of them being Maja Bogojević, the dean of the Donja Gorica Faculty of Art, Montenegro.

To commemorate the 200th anniversary of mining in Hrastnik, a themed tourist route will be opened as a tribute to the local mining heritage. Hrastnik Mayor Marko Funkl noted that the municipality is currently running several projects dedicated to restoring old local customs and mining traditions. The Mlakar apartment, a former miner’s house, is currently being refurbished to a hostel.

The accompanying programme will include an exhibition on worker’s revolt in Zasavje, an exhibition of photographs from the Kamerat photography contest, and an art exhibition where local primary school pupils focus on the working class.