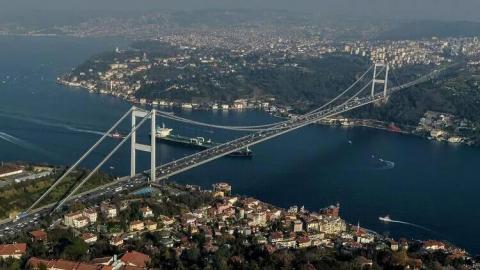 Israel's National Security Council on June 28 lowered its travel warning for Istanbul from the highest level, after the government said Iranian assassination plots targeting Israelis in the city had been thwarted.

"I'd like to thank our security forces along with the Turkish security forces, who over the past months and weeks acted to prevent attacks on Israelis in Istanbul and Türkiye," Prime Minister Naftali Bennett said in a statement.

Israel on June 13 had urged its citizens to immediately leave Istanbul because of the "real and immediate danger" coming from Iranian operatives, raising the travel warning on the Turkish city to four on a four-point scale.

A flurry of reports provided details of Iranian agents setting up to target Israeli tourists, and of Türkiye detaining people involved in the plots.

Iran meanwhile dismissed as "ridiculous" the Israeli allegations, with foreign ministry spokesman Saeed Khatibzadeh saying they were "part of a pre-designed plot to destroy relations between the two Muslim countries".

Iran and Israel have been engaged in a years-long shadow war but tensions have ratcheted up following a string of high-profile incidents Tehran has blamed on Israel.

"Our actions were successful and safeguarded human life, we are gradually returning to routine," Bennett said, thanking Turkish President Recep Tayyip Erdoğan "and his people for their cooperation in thwarting attacks on Israelis in Türkiye".

It estimated that there were "still efforts to...