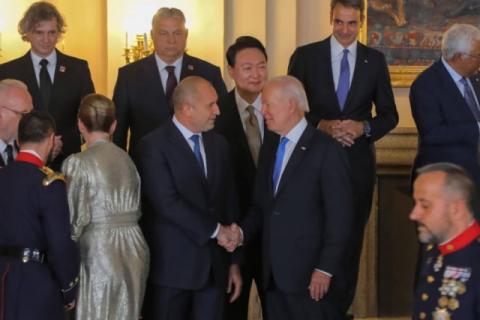 The summit of NATO leaders in Madrid had exceptional security measures.

Important decisions are expected: For example, Russia to be declared a direct threat to European security, massive reinforcement of the Eastern Flank with more troops and equipment, and a large-scale support package for Ukraine.

The resigned Foreign Minister Teodora Genchovska and the Minister of Defense Dragomir Zakov are taking part in it.

Last night, the President attended a gala dinner given by King Felipe VI of Spain to all participants in the summit.