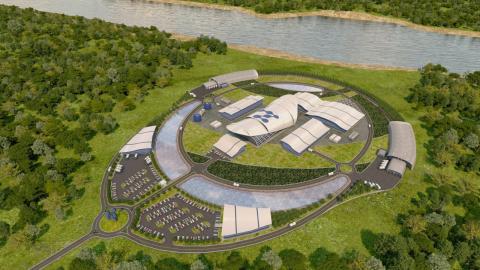 The Romanian state-owned electricity company, Nuclearelectrica, thas said that small modular reactors, SMRs, coming from the US, pose no danger to the country or its environment.

SMRs are advanced nuclear reactors that produce clean energy and have a much smaller installed capacity than a large reactor, it said.

The statements follow concerns expressed in Romania that the new SMR technologies that the US will bring to Romania will harm the environment and present a source of danger.

On November 4, 2021, a deal was signed by Romania's Nuclearelectrica and the private US firm NuScale Power.

Romania earlier signed an Intergovernmental Agreement, IGA, with the US in the field of nuclear energy projects on October 9, 2020, which the Romanian parliament ratified.

The White House announced last Sunday, during the G7 Summit, that the United States will offer Romania 14 million dollars for SMRs.

Nuclearelectrica's Cosmin Ghita also told BIRN that NuScale has a minimal exclusion zone which allows the plants to be located near heat sources and homes and on the sites of former decommissioned plants.

"The community risk is shallow compared to the imposed limits. Hence the tiny exclusion area is limited to the site's boundaries," Ghita said.

SMRs have advanced nuclear safety systems that ensure shutdown and self-cooling for an unlimited period, without the intervention of an operator or a computer and the need for additional water or electricity.