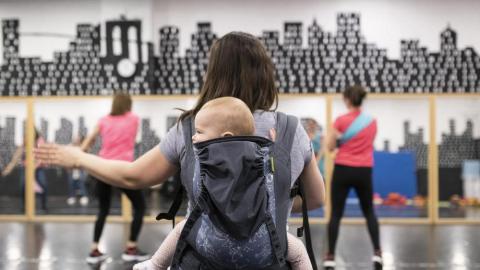 "In the state hospital, we often had to wait half a day for exams; in winter, we were queuing up outside, in the freezing cold," she shudders. "I had to face doctors who went through the same routine over and over again, without taking the time to find out why I can't conceive. When the doctor was in a rush, he called in four women at a time, we all had to undress and wait half-naked for our turn - deeply humiliating, you wouldn't call it personalised treatment."

What finally drove her to a private clinic was the lack of success at the state-owned institution. "[Going private] cost us around 2 million forints (around 5,000 euros), but it was worth it. I became pregnant and had my son when I was 37," she recalls.

Yet in 2019, Hungary's nationalist-populist government decided to gradually nationalise the country's private fertility clinics, while making up to five IVF treatments and most of the medicine needed free of charge for Hungarians. The stated reason for the policy is to increase Hungary's fertility rate and stymie its population decline, which has led to labour shortages.

"The government's objective is that all desired children should be born in Hungary. The government intends to help parents with modernising the infertility care system and improving access to assisted reproduction treatments, including artificial insemination procedures. However, this requires full transparency, central management and supervision," the Interior Ministry, which is responsible for health care, argued in emailed comments to BIRN.

Three private clinics were allowed to operate until September 2021, but could not begin new treatments. One was taken over by the state, but the two smaller ones will simply lose their licenses on June 30 and have to close...