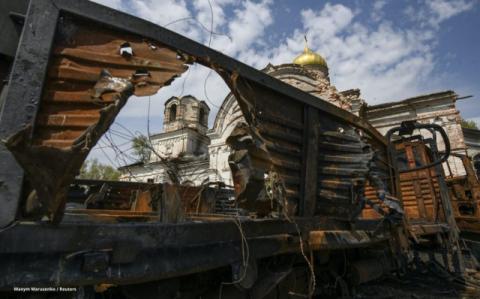 The United States announced late Wednesday that it had transferred a billion in economic aid to Ukraine as part of a total of billion promised to Kyiv in May, BTA reported.

"With this economic aid, we reaffirm our strong commitment to the Ukrainian people at a time when they are defending themselves against Putin's aggression and struggling to sustain their economy," said US Treasury Secretary Janet Yellen.

The billion was transferred to the Ukrainian government through the World Bank and is part of billion in economic aid from the United States under an impressive emergency loan signed by President Biden.

According to the World Bank, the war threatens to reduce the Ukrainian economy by 45% this year. The country's budget deficit is increasing by 5 billion euros a month due to declining revenues and its inability to obtain financing in foreign markets.

The United States, the G7 and the European Union have pledged billion in funding to help the country continue to function.

Britain also announced on Wednesday that it would provide Ukraine with another 1 billion British pounds ($1.2 billion) in military aid, Reuters reported, citing the British government.

The funds are intended to increase Ukraine's defense capabilities, including the supply of air defense systems, drones, new electronic warfare equipment, and equipment for the Ukrainian army.

"British weapons, equipment and training are transforming the Ukrainian defense against this fierce attack. We will continue to stand firm for the Ukrainians to ensure Putin's failure in Ukraine," said British Prime Minister Boris Johnson.

The new funding comes after London announced in May that it would provide an additional £1.3bn in military support...