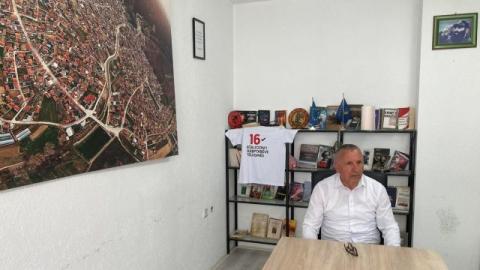 First results suggest an ethnic Albanian coalition has secured a seat in Serbia's parliament, ending a marathon battle that began with the April Serbian general elections.

After elections were repeated for a four time in one polling station in the village of Veliki Trnovac on Thursday, preliminary results suggest the coalition of Albanians of the Valley, led by Shaip Kamberi, won 698 votes out of 725 total votes - the largest turnout in all five votes.

As no complaints have been submitted so far, it appears that the elections are finally over.

The vote was repeated four times because the Serbian Socialist Party, SPS, and the Albanian coalition kept appealing the results.

If there is no appeal over the latest results in Veliki Trnovac, the SPS will lose a seat and have 31 MPs instead of 32.

Some experts say the real reason for the bitter fight for the seat is the financial benefits. A seat for four years is valued at around 200.000 euros - a sum the winning party will gain, according to Nemanja Nenadic from Transparency Serbia, TS.

Some have suggested that the long delay has helped Serbian President Vucic delay the formation of a new government. Amid the ongoing war in Ukraine there has been strong pressure on the Serbian government from the West to impose sanctions on Russia and align with EU policy.

If the election result in Veliki Trnovac is not contested, the Electoral Commission has 10 days to confirm the parliamentary mandates to the parties. After that, parliament has 30 days to schedule a constitutive session, where the new members will be verified. After that, there is a 90-day deadline to form a government.