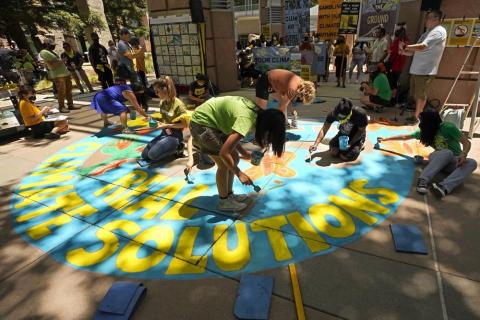 More than 500 days into his presidency, Joe Biden's hope for saving the Earth from the most devastating effects of climate change may not be dead.

But it's not far from it.

A Supreme Court ruling Thursday not only limited the Environmental Protection Agency's ability to regulate climate pollution by power plants, but also suggests the court is poised to block other efforts by Biden and federal agencies to limit the climate-wrecking fumes emitted by oil, gas and coal.

It's a blow to Biden's commitment to slash emissions in the few years scientists say are left to stave off worse and deadlier levels of global warming. And it's a sign, to Democrats at home and allies abroad, of the dwindling options remaining for Biden to reverse the legacy of President Donald Trump, who mocked the science of climate change. Trump's three Supreme Court appointees provided half of the affirmative votes in Thursday's 6-3 ruling.

After the ruling, a veteran Democratic lawmaker acknowledged he saw no hope of Congress producing any meaningful climate legislation, either. The foreign allies whom Biden once spoke of leading to a global clean-power transformation are wondering if the United States can even lead itself.

And in a Houston neighborhood entering hurricane season, a man who had spent four decades advocating for the Black communities and other communities of color and poorer communities hit hardest by pollution and the record heat, cold, floods and storms of climate change reacted to the ruling like many others did Thursday, saying it was all up to Biden now to act - and act in a big way.

"This is real," said Robert Bullard, an academic who became a pioneer in what became the U.S. environmental justice movement, of the multiplying natural...