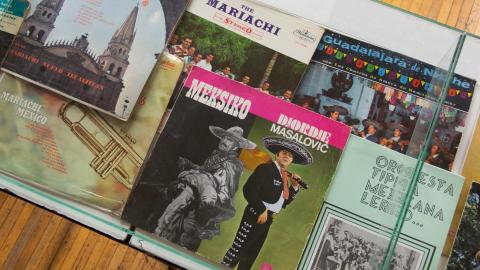 Portilla is also a co-founder of the Mexican street paper Mi Valedor, an independent magazine sold by people in socially vulnerable positions in Mexico City and which is a part of the International Network of Street Papers.

During a visit to colleagues working at Lice Ulice, a Serbian street magazine based in Belgrade, she realized the strength of mariachi influence in Serbia.

"When I listened to the street music in Belgrade, it sounded much the same as the Mexican music played in towns, especially in the states of Oaxaca and Michoacán, for weddings and funeral marches," she explains, highlighting the similarities between the sounds of the two countries.

Mariachi is a genre of traditional Mexican music that evolved over time in the countryside of western Mexico, and usually consists of an ensemble of violins, trumpets and guitars, with all players taking turns singing lead and doing backup vocals, and wearing colourful costumes.

In fact, Mexico's mariachi culture draws influence from a barely remembered episode when Mexico was ruled by an Austrian emperor.

"In 1864, Maximilian, brother of the Austrian emperor Franz Josef, reigned in Mexico for a brief period of time and brought from Central Europe instruments like the tuba, trombone, saxophone and accordion. These instruments then reached Mexican towns," Portilla recalles.

They took on, and the rest is history.

In Yugoslavia, mariachi all started back...