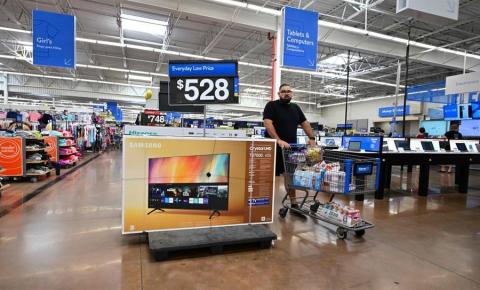 "It is not a science," Lagarde said on June 29 at a panel at the ECB's annual central banking conference in Portugal.
"What we are doing there is an element of art," she said.

The ECB is set to trigger its first rate hike in over a decade at its next meeting on July 21, as inflation in the eurozone surges.
Consumer prices rose at an 8.1-percent pace among the members of the currency club in May, an all-time high for the euro area and well above the ECB's two-percent target.

Central bank forecasters had been caught out by the surge in energy prices driven by the outbreak of the war in Ukraine, Lagarde said.

It was "very difficult," looking ahead, to gauge the impact that cutting Russian supplies to Europe would have on inflation and growth, she said, though a reduction would certainly send prices up.

The wave of inflation, after years of lackluster rates, has unsettled markets and sent central banks scrambling to find a response. At its last meeting, the U.S. Federal Reserve cranked up interest rates by 75 basis points, an unusually big step.
"I think we now understand better how little we understand" about inflation, Fed Chair Jerome Powell said on the panel alongside Lagarde.

The rapid tightening in monetary policy has prompted fears that economies on both sides of the Atlantic could pitch into recession.

"Market participants are always wondering what we're going to do," Bank of England Governor Andrew Bailey said on the panel.

Bailey said the moves did not always reflect "exactly what we're thinking," but described the interplay between central bankers...