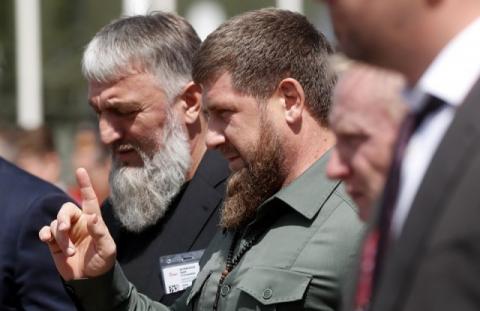 Fighters of the special unit "Akhmat" from Chechnya and the second corps of the People's Militia of the LNR approached the city of Novodrusk, Chechen leader Ramzan Kadyrov said.
According to him, their forces are working to encircle the Ukrainian army in order to put pressure on Lysychansk, Sputnik reported.
By the way, Novodruesk is located eight kilometers from Lysychansk.
The Ministry of Defense of Russia announced earlier today that Russian forces have entered Lysychansk, while the Ukrainian army is suffering heavy losses in the area of the city, RIA Novosti reports.
According to reports, the Armed Forces of Russia are continuing their successful offensive in the area of Lysychansk.
On February 24, Russia began a military operation in Ukraine. President Vladimir Putin said its goal was "to protect people who were exposed to genocide by the regime in Kyiv for eight years."
As the Ministry of Defense of Russia announced, on March 25, the Armed Forces of the Russian Federation completed the main tasks of the first stage - they significantly reduced the combat potential of Ukraine.
The main goal of the Russian military department now is the liberation of Donbass, the Ministry of Defense announced. Together with the Russian army, units of the DNR and LNR operate in the region.