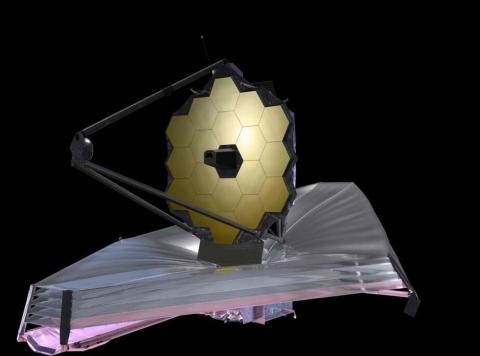 NASA administrator Bill Nelson said on June 29 the agency will reveal the "deepest image of our Universe that has ever been taken" on July 12, thanks to the newly operational James Webb Space Telescope.

"If you think about that, this is farther than humanity has ever looked before," Nelson said during a press briefing at the Space Telescope Science Institute in Baltimore, the operations center for the $10 billion observatory that was launched in December last year and is now orbiting the Sun a million miles (1.5 million kilometers) away from Earth.

A wonder of engineering, Webb is able to gaze further into the cosmos than any telescope before it, thanks to its enormous primary mirror and its instruments that focus on infrared, allowing it to peer through dust and gas.

"It's going to explore objects in the solar system and atmospheres of exoplanets orbiting other stars, giving us clues as to whether potentially their atmospheres are similar to our own," added Nelson, speaking via phone while isolating with COVID.

Webb's infrared capabilities allow it to see deeper back in time to the Big Bang, which happened 13.8 billion years ago.

Because the Universe is expanding, light from the earliest stars shifts from the ultraviolet and visible wavelengths it was emitted in, to longer infrared wavelengths, which Webb is equipped to detect at an unprecedented resolution.

At present, the earliest cosmological observations date to within 330 million years of the Big Bang, but with Webb's capacities, astronomers believe they will...