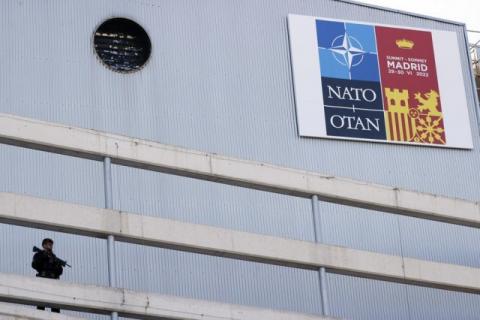 "The transatlantic alliance needs more than a rethink. It needs to be reborn", Politico points out.
At the close of what leaders across the West billed as a "historic" summit on Thursday, which included dinners in the Spanish capital's sumptuous royal palace and the spectacular Prado museum, superlatives were flying fast and furious.
Calling the summit "transformative" and "far-reaching," NATO Secretary General Jens Stoltenberg predicted at the close of the three-day affair that the decisions made there would "ensure that our Alliance continues to preserve peace, prevent conflict, and protect our people and our values."
Look beyond the staged backslapping, bonhomie and self-congratulation in Madrid, however, and one can see that while the alliance's unity might be a mile wide, it's also only an inch deep; its collective sense of purpose as varied as its 30 members.
Start with the issue at hand: That the leaders managed to declare Russia — which has been threatening European security since at least 2007 - the "most significant and direct threat" to security, peace and stability in the Euro-Atlantic area is more of a sign that they are masters of the obvious than of grand strategy, according to Politico.
The other signal achievement cited by Stoltenberg was a much-heralded deal to bring in Sweden and Finland. This was less the result of high diplomacy and mutual defense than what might politely be called extortion on the part of Recep Tayyip Erdoğan. The Turkish President held the pair's accession hostage over his desire to buy new F-16 fighters from the U.S. - and got what he wanted.
That portal even wonders whether Turkey would even send its army in the event of a Russian invasion of the Baltic countries. "Does anyone really...