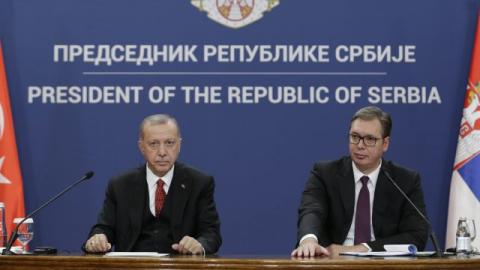 Serbia has delayed until further notice the extradition of Ecevit Piroglu, a Kurdish politician and activist wanted by Turkey for terrorism, but has still kept him locked up after his one-year custody sentence expired on June 24.

"After the custody expired, the Higher Court in Serbia … banned him from leaving his place of residence, after which it put Piroglu in a so-called reception centre for foreigners. But that centre is nothing other than a jail," Nikola Kovacevic, a rights defender specializing in extradition and Serbia's prison system, said.

Kovacevic told BIRN that the move was "completely illegal", since the ruling that he should not leave the place of residence was completely different from putting him behind bars again.

"They took him there illegally. This is serious breach of the law", he told BIRN, adding that a worryingly similar thing was done to another Turkish dissident, Cevdet Ayaz, who was extradited to Turkey against the advice of the UN Committee against Torture, which said he should not be forcibly removed until his case was fully considered.

The UN Human Rights Committee said on June 3 that Serbia should delay the extradition of Piroglu until it had reviewed his case. Piroglu is former director of the Turkish Human Rights Association's branch in Izmir and a central committee member of the Social Democratic Party, SDP.

Huseyin Ates, coordinator at the "Freedom for Ecevit Piroglu Initative", told BIRN that Piroglu, who has been on hunger strike for a month, is deprived of even basic rights in the so-called reception centre in Padinska Skela, near Belgrade.

"He is kept alone in a room. There is a guard watching him constantly. Communication with other people is also cut off in the camp. Everyone else...