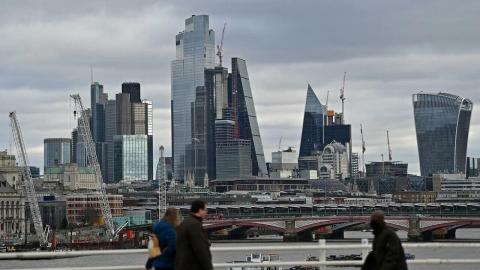 For all its tough talk against Russia, the U.K.'s government is failing to enforce its promises to clean up dirty foreign money, a hard-hitting report by MPs said yesterday.

It was "shameful" that after years of warnings, the government only began to clamp down on the illicit flows when Russia invaded Ukraine in February, the report by the House of Commons Foreign Affairs Committee said.

The government has brought in new legislation to prevent corrupt funds being laundered through Britain's property market.

But it has failed to back this up with enough resources or powers for anti-corruption bodies such as the National Crime Agency and Serious Fraud Office, the report said.

"Without the necessary means and resources, enforcement agencies are toothless," it said.

"The threat illicit finance poses to our national security demands a response that is seen to be serious."

Rich Russians have long found it easy to acquire expensive properties in London, or a world-class education for their children in Britain's private schools, or control of Premier League football clubs.

According to multiple studies into the "Londongrad" phenomenon, they were enabled by a service industry encompassing blue-chip bankers, accountants, lawyers, property agents and public relations advisors.

And since Prime Minister Boris Johnson entered Downing Street in 2019, his Conservative party has stepped up a drive to entice cash-rich donors, including from wealthy backers originally from Russia.

Following the invasion of Ukraine, Johnson's government has sanctioned dozens of wealthy, Kremlin-connected Russians and says their money is no longer welcome in Britain.

However, according to the MPs, "corrupt money has continued to...