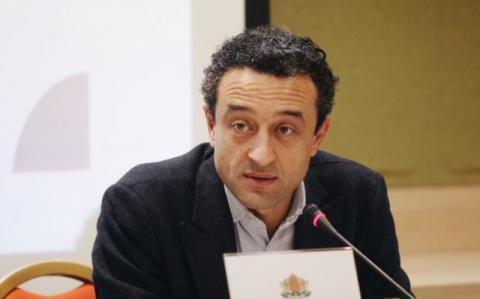 "The decision to expel 70 Russian diplomats has been made and there is no going back. The Bulgarian interest is that there is no interference from the Russian side in our economy and politics", announced the Minister of Innovation and Growth in resignation Daniel Lorer to BNT.

"If there is something we have shown in the last 1 year, it is that we are not afraid. We are not afraid to take responsibility for difficult decisions. Especially for the expulsion of the Russian residents - this is not a one-man decision. There was also a Council on security, the decision of the Ministry of Foreign Affairs is supported and is the result of the work of the services. The really important question is why this did not happen years ago. They have been here for years and have been tolerated by Bulgarian administrations. Our economic relations with Russia have long not needed the existence of such personnel here. No one had the courage to defend the Bulgarian interest. Bulgaria finally took a stand," commented Lorer.

He reminded that reciprocity is a mechanism that allows diplomats to be sent to their homeland.

"If we wanted full reciprocity, a few more should have been expelled, as Bulgaria only has 15 diplomats in Moscow. The very nature of their mission (the Russians') is appalling and this has been tolerated for so many years," the minister was outraged.

Ambassador Elena Mitrofanova's comments on the duration of the cabinet, Lorer interpreted as interference in Bulgaria's internal affairs by a high-ranking representative of a foreign country, which is unacceptable.

Lorer believes that no lasting economic relationships will be affected.

"Russia has long been no...