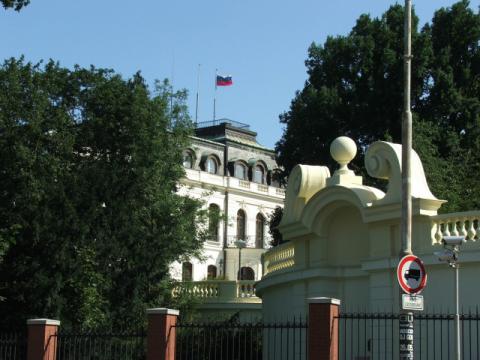 On the first day of its presidency of the Council of the European Union, the Czech Republic announced that it was reducing the staff of the Russian embassy in Prague to the number of Czech officials in Moscow.

The news was announced by the country's foreign minister Jakub Kulhanek at a press conference after a government meeting, quoted by Bulgarian media "SEGA".

This means that the Czech Republic will expel a total of 70 people from the Russian mission in the country, and this comes against the background of the reduction of 20 employees of the Czech Embassy in the Russian capital announced by Moscow.

Russia has reduced the number of Czech diplomats in the country after Prague expelled 18 Russian diplomats from Prague on espionage charges.

We remind you that on June 28 Bulgaria announced that it will expel 70 Russian officials from the Embassy in Sofia.

"Yesterday I told the ambassador that the Czech diplomats will not be returning in Moscow. We are limiting the number of Russian diplomats in Prague in accordance with the status of our embassy in Moscow. This decision is effective today. Russia has been given a deadline to recall its people from the Czech Republic until the end of May," Minister Kulhanek explained to journalists.

This means that 22 diplomats and 48 other employees of the Russian embassy - 70 people - must leave the Czech Republic by the end of May.

The actions of the Czech Foreign Ministry come after the...