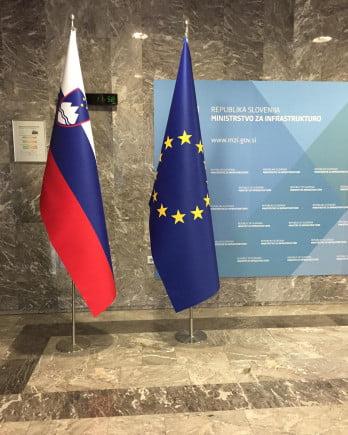 Ljubljana/Brussels – Media pluralism in Slovenia is at an overall high risk, says a report on media pluralism in the EU, Turkey, Albania, Montenegro, North Macedonia and Serbia in 2021 that was presented on Thursday by the European University Institute (EUI).

The highest level of risk to media pluralism in Slovenia was identified in two of the four parameters – market pluralism and political independence, where the country scored a 73% risk and a 71% risk, respectively.

When it came to fundamental protection in the field of the media, which covers effective measures to protect freedom of expression and the right to seek, receive and spread information, Slovenia scored 47% and was labelled a country at medium risk.

It was put in the same category regarding social inclusion, which covers, among other things, access to media for local and regional communities and the level of media literacy. A 65% risk was detected in Slovenia in this regard.

Overall, the report’s findings indicate a high risk to media pluralism in Slovenia, similar to the situation in 2020.

In the overall country assessment, calculated as the average of the four parameters, Slovenia with its 64% risk ranked ahead of Albania, Poland, Hungary, Bulgaria and Turkey, which ranked last with a risk of 82%. Serbia and Greece achieved the same average score as Slovenia.

The average score in general was 51%. The lowest risk was recorded in Germany, where the risk to media pluralism is at 20%.

As in 2020, Slovenian media were adversely affected by the Covid pandemic, with newspapers and magazines, for example, experiencing problems mainly due to distribution disruptions, changing consumer habits and a lack of advertising revenue.

Unlike many other EU countries, Slovenia did not adopt or promote any financial or fiscal instrument, strategy or other potential measure aimed at strengthening media pluralism or social inclusion in this area in 2021.

Instead, government representatives and authorities even attempted to hinder the work of civil society organisations and public media through various forms of pressure and funding cuts, including attempts to financially drain the Slovenian Press Agency (STA) and exert political pressure on the public broadcaster RTV Slovenija, the report says.

The Slovenia segment of the report had been prepared by Marko Milosavljević and Romana Biljak Gerjevič from the Ljubljana Faculty of Social Sciences.