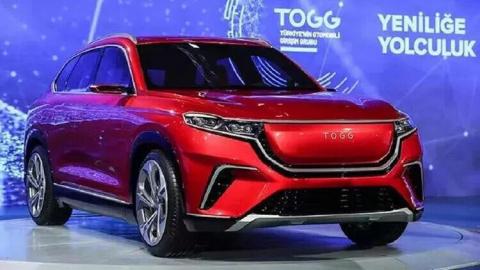 Türkiye's first local car Togg, which is expected to be on the streets in the first quarter of next year, has been given a head start with a law decreasing the Special Consumption Tax (ÖTV) for electric cars of its class.

Considering the new ÖTV rate and the maximum price excluded tax of 700,000 liras, it is estimated that the price of the first C-segment SUV model to be offered by TOGG will be around 908,000 liras ($54,000).

"We aim to protect domestic production by decreasing the ÖTV and making Togg attractive," said Mustafa Elitaş, the deputy parliamentary group leader of the ruling Justice and Development Party (AKP).

Before this law, the ÖTV rate of electric cars whose engine power doesn't exceed 85 kWh was 10 percent, while it was 25 percent for electric cars between 85 kW and 120 kW.

It was 60 percent for the electric cars with an engine power exceeding 120 kW.

Turkey's locally developed car Togg will appear on the country's roads starting March 2023, the company's top executive said in May.

"We have not yet begun collecting orders for the car. There is more time for this. We can discuss this matter at the company's board in the second half of the year," Mehmet Gürcan Karakaş, Togg's CEO said in an...