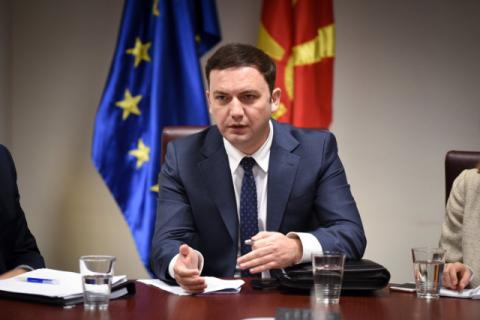 "The Macedonian language issue has been resolved and all lies related to it must be dismantled". This was said at a press conference in Skopje by the Minister of Foreign Affairs of the RNM Bujar Osmani.

The framework that needs to be signed with the European Union will state that North Macedonia will translate the legislation into the Macedonian language.

Bulgaria will express its position in a statement that will enter the protocol. It was drawn up in the framework of the Portuguese proposal.

"We convinced 26 member countries to accept our version with Bulgaria's permission," Osmani said.

Bulgaria's position is in line with Portugal's proposal, namely that the Macedonian language did not exist until 1945 and that it is a Bulgarian dialect.

"It is irrational and harmful to claim that there will be a change of identity, a Bulgarianization... On the contrary, the language issue contested by some in the EU is closed once and for all," added Osmani.

"It is a lie that bilateral historical issues are embedded in the framework. The country's constitution will be open and the rights of the Montenegrin, Croatian and Bulgarian minorities will be in it", added the minister.

An online meeting with Bulgarian Foreign Minister Teodora Genchovska is scheduled for Monday regarding the bilateral protocol, but it is not related to the framework and will be signed when the RNM government approves the entire package.

"The protocol contains the condition for constitutional changes, but we wanted guarantees that this will happen after the start of the negotiations," Osmani specified.

"Hypothetically, if the government gives me the green light on Monday, on Tuesday I can come...