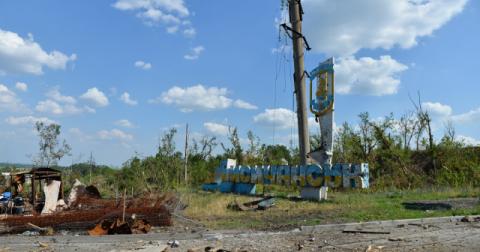 Kyiv: The last bastion in eastern Ukraine may fall

Fighting for Lysychansk, Ukraine's last major bastion in the strategic eastern province of Luhansk has intensified. The advisor to President Volodymyr Zelensky, Oleksiy Arestovych, admitted that the city could fall, Reuters reports.

Russia has been seeking to push Ukrainian forces out of Luhansk and Donetsk regions in the Donbas, where Moscow-backed separatists have been battling Kyiv since Russia's first military intervention in Ukraine in 2014.

Thousands of civilians have been killed and cities razed to the ground since Russia invaded Ukraine on February 24 in what Ukraine and its Western allies say is an unprovoked war of aggression. Russia denies targeting civilians as part of what President Vladimir Putin calls a "special military operation" to demilitarize and "denazify" its neighbor.

Last month, Russian forces captured Lysychansk's sister city of Sievierodonetsk, located on the opposite bank of the Siverskyi Donets River, after some of the heaviest fighting of the war.

Rodion Miroshnik, ambassador to Russia of the pro-Moscow self-proclaimed Luhansk People's Republic, told Russian television: "Lysychansk is under control," but added: "Unfortunately, it has not been liberated yet."